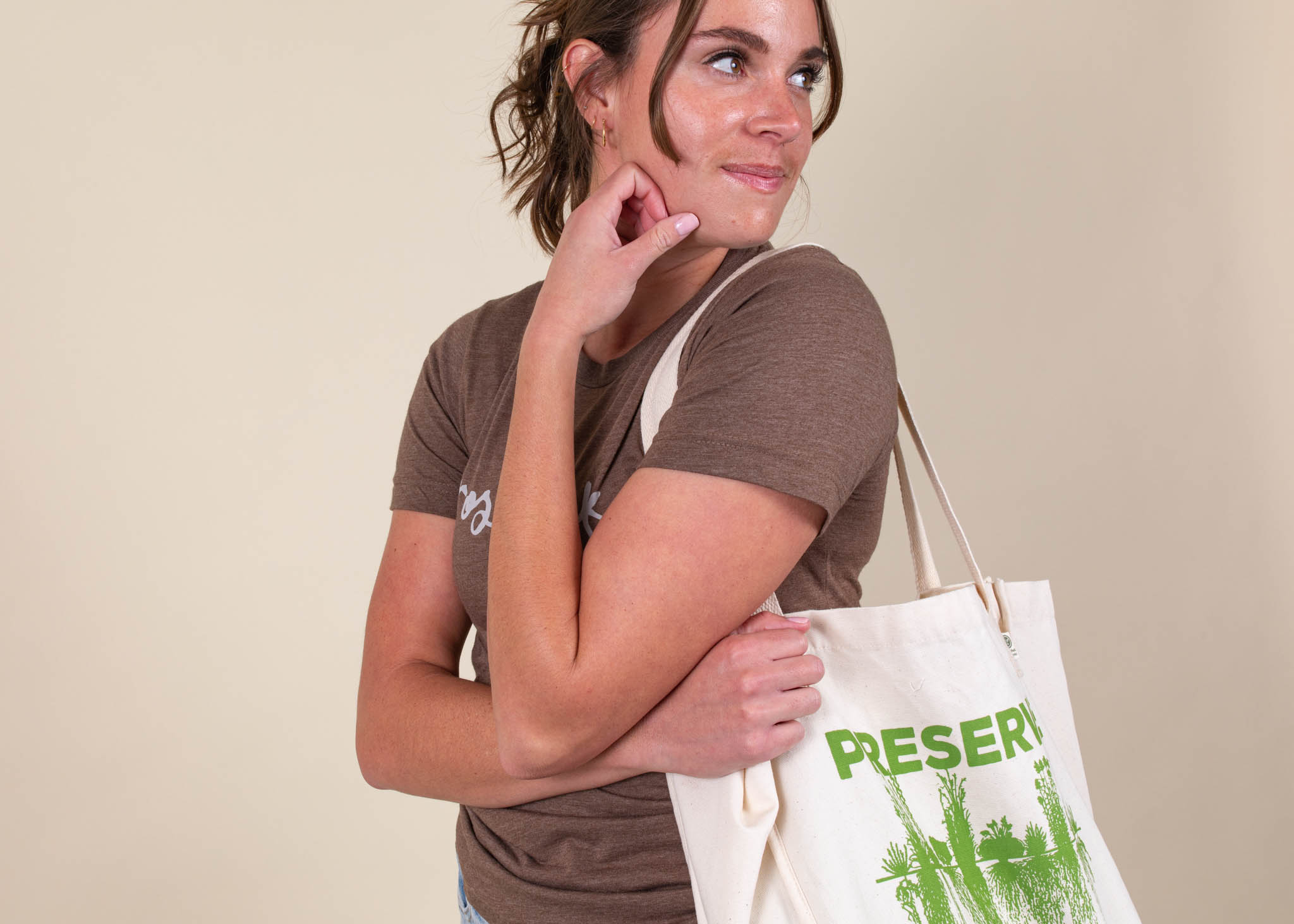 The *totes* unexpected history of your favorite (and most convenient) accessory.

For every decade, there is a status symbol: an object that says “Look! I’m hip! I have excellent taste!”  The 1980s had the Trapper Keeper, ownership of which being as good as jingling the keys to a brand new IROC. The 2000s had the Motorola Razr — which managed to sell 130 million units at a time when phones weren’t glued to the hip of every human (likely due to its many famous fans.)

Though the nature of the status symbol has changed, every once in a while an item will emerge with the same cultural cachet of the Razr or the Trapper Keeper. Two years into the 2020s, that item appears to be the tote bag. But how did this utilitarian product become a symbol of good taste and a vehicle for self-expression? As it turns out, the tote bag has a history 150 years in the making. Join us as we track the accessory’s ascent from utilitarian rucksack to unlikely fashion icon.

To tell the full story of the tote bag, we must take things back to 1886. The same year the Statue of Liberty was being dedicated by then-President Grover Cleveland, an advertiser in Coshocton, Ohio was making promotional product history. Jasper Meek’s strategy was simple: Offer shoppers a free tote (well, sack) to visit Cantwell’s Shoes — and create hundreds of walking billboards in the process.  Some things never change, and tote bags were as strong of a promotional tool in 1886 as they are today!

After Jasper Meek introduced what would become the modern tote bag, the tote bag drifted back into relative obscurity. That is, until 1944 when LL Bean — yes, the brand for which your grandparents probably have dozens of catalogs — created their “Ice Bag.” The bag’s purpose was a modest one: lugging ice from the car to the ice chest. It seems, however, that the ice bag was built for so much more, as the Ice Bag’s slogan boasted it was “tested to hold up to 500 pounds.”

LL Bean still hand-makes their iconic tote bag in Maine, and though it follows a similar recipe to the 1944 model it has become the if-you-know-you-know fashion accessory of choice — but more on that later.

While the phrase “tote bag” may conjure images of a largely unstructured canvas sack, the 1980s saw famed luxury label Hermès turned LL Bean’s minimalist workhorse into the most coveted accessory on the planet. After a fateful meeting between actress Jane Birkin and the label’s then-CEO, the Birkin bag was born — thus elevating the tote-style bag to celebrity status.

Around the same time that Hermès introduced their maximalist take on the tote bag, New York’s Strand Book Store was piggybacking on Jasper Meek’s original concept. The bookseller, which famously boasts 18 miles of books, began producing Strand-branded tote bags as an alternative to single-use bags. In doing so, they didn’t just give shoppers an alternative to the old-hat plastic bag. Rather, they gave shoppers a way to tell the world (or at least their fellow subway passengers) that they’re well-read.

Cut to the 2010s, and just about every brand, museum, and magazine has taken a page out of Strand’s book (sorry!) Want to tell your classmates you subscribe to the Paris Review? There’s a tote for that! Need to remind coworkers you’re an art history major? We have just the tote for you. Bumper stickers and hipster mustaches are out — tote bags are the new way to tell people exactly who you are.

Where to for the Tote?

We’re not gamblers, but we’d be willing to bet the tote bag is here to stay. Despite the bag’s century-and-a-half of history, its simple design has allowed it to endure the test of time and weather each successive trend-du-jour. Now that TikTok has latched onto the bag — with some creators highlighting the LL Bean tote’s aptitude for customization (and cheekiness) — we expect to see a new generation of tote lovers emerge.

Whether you want to take advantage of the tote’s versatility as a utilitarian accessory or its promotional power, Real Thread should be your first stop. From everyday carry bags to haul-it-all weekenders, our totes are the perfect blank canvas for your next masterpiece.

Ready to build on the tote bag’s impressive history? Reach out to one of our tote-ally awesome printing pros. 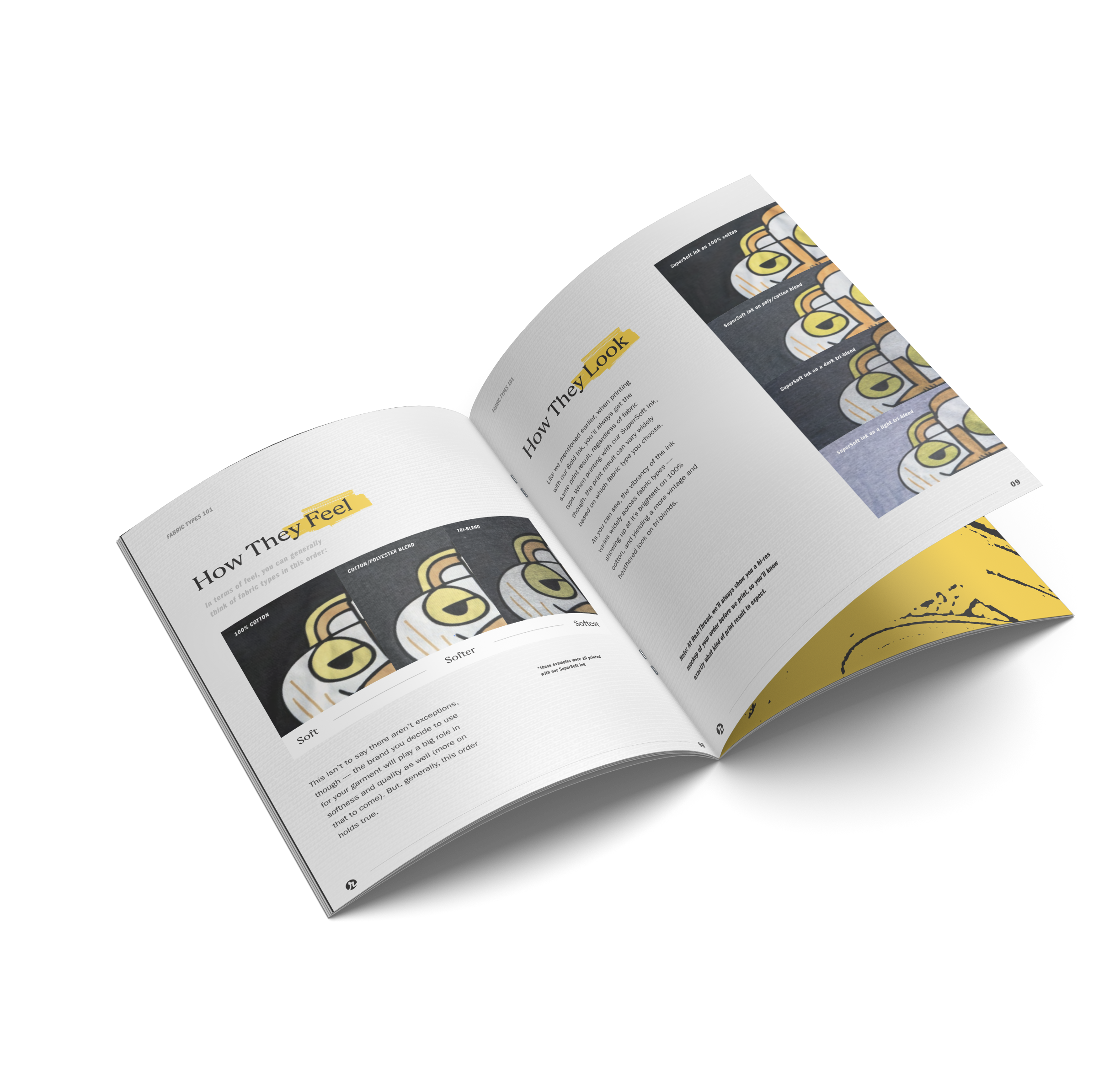 A 25+ page how-to guide full of tips, tricks, and money-saving recommendations.
Thank you! Check your email, the guide is headed your way!
Oops! Something went wrong while submitting the form. 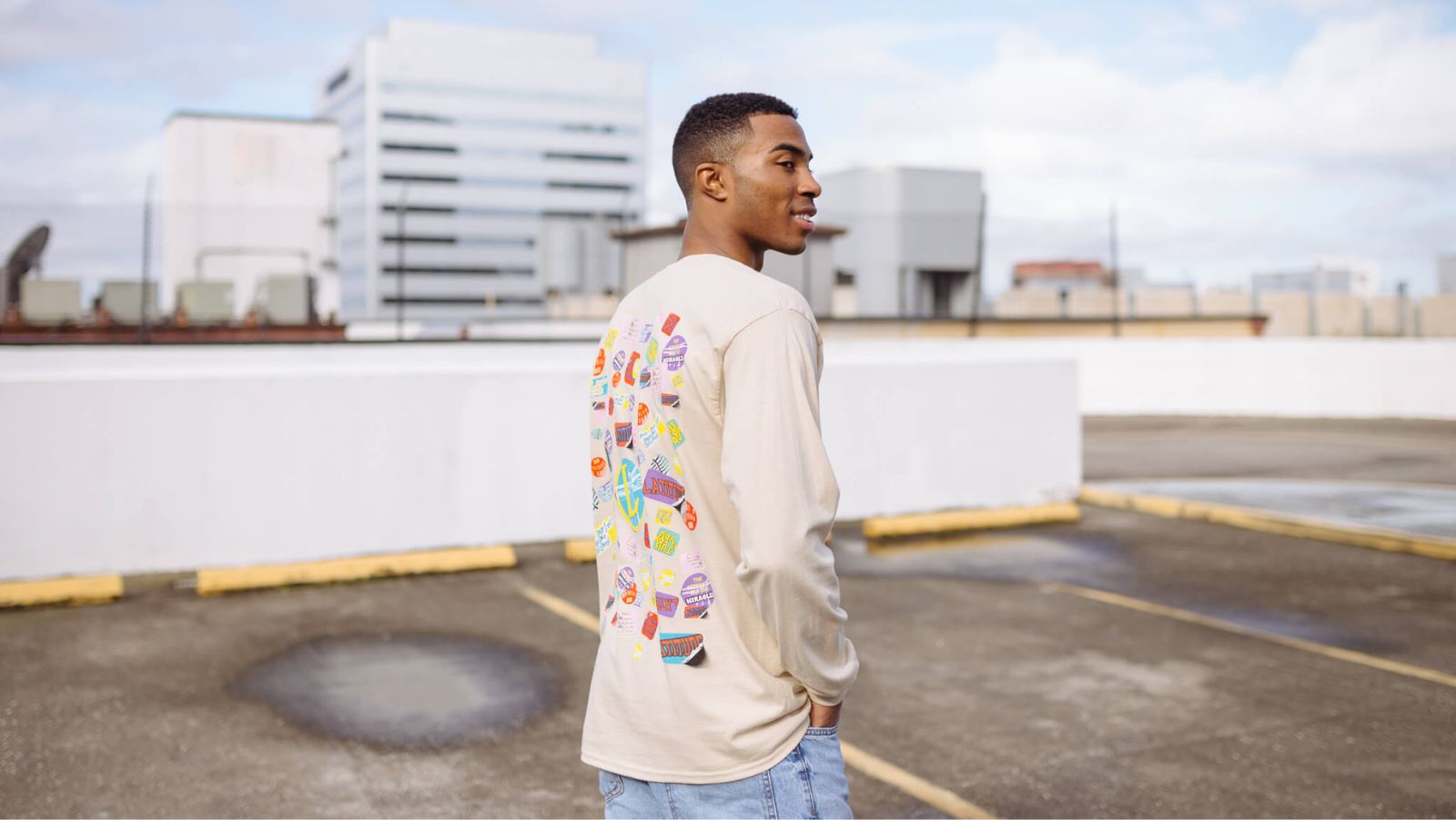 Out & About: Graphic Tees in the Wild 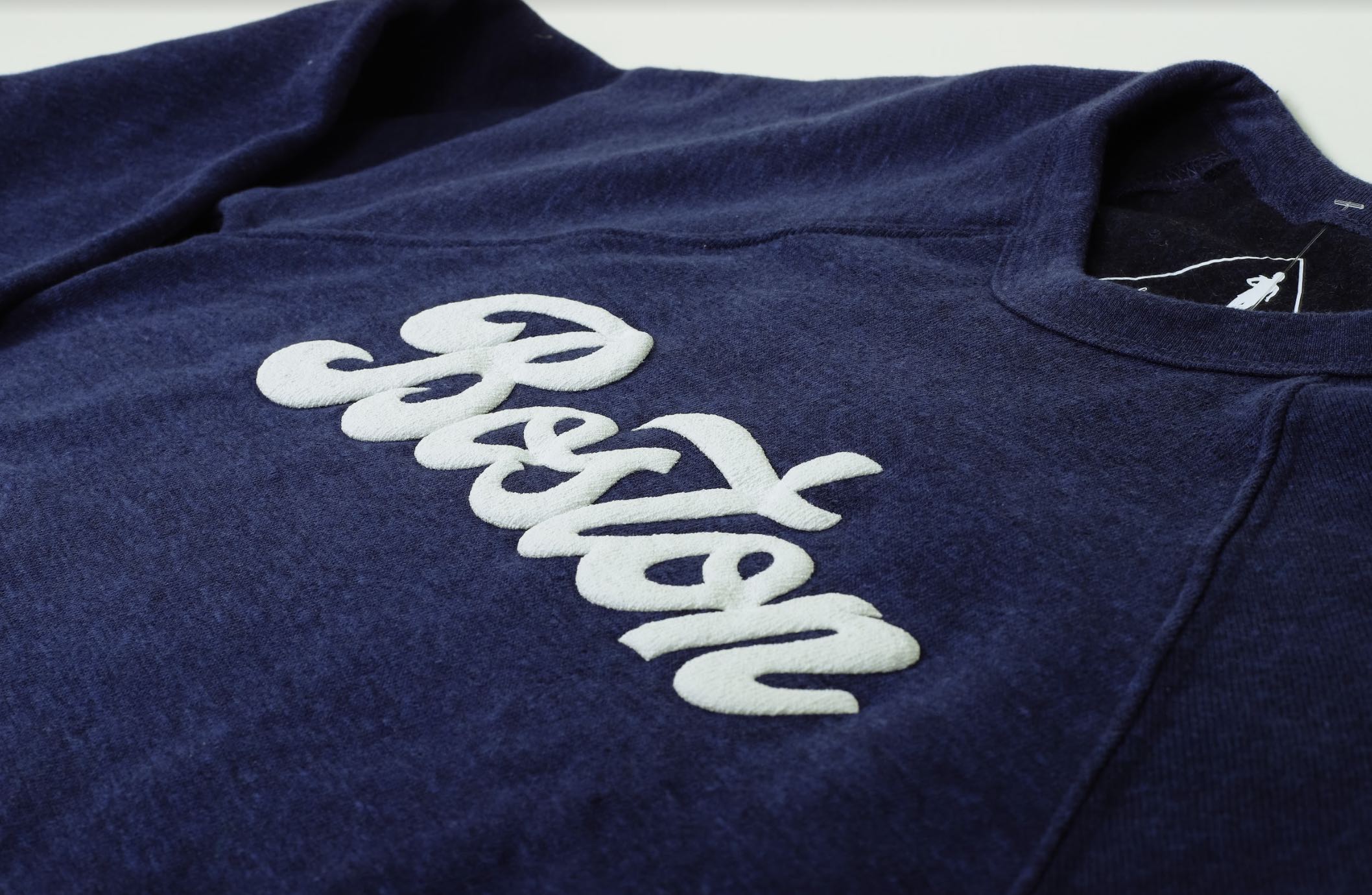 How to Take Your Designs to the Next Level With Puff

Puff is making a comeback—here's what you need to know about using this effect in your designs.
T-Shirt Trends
3
min read 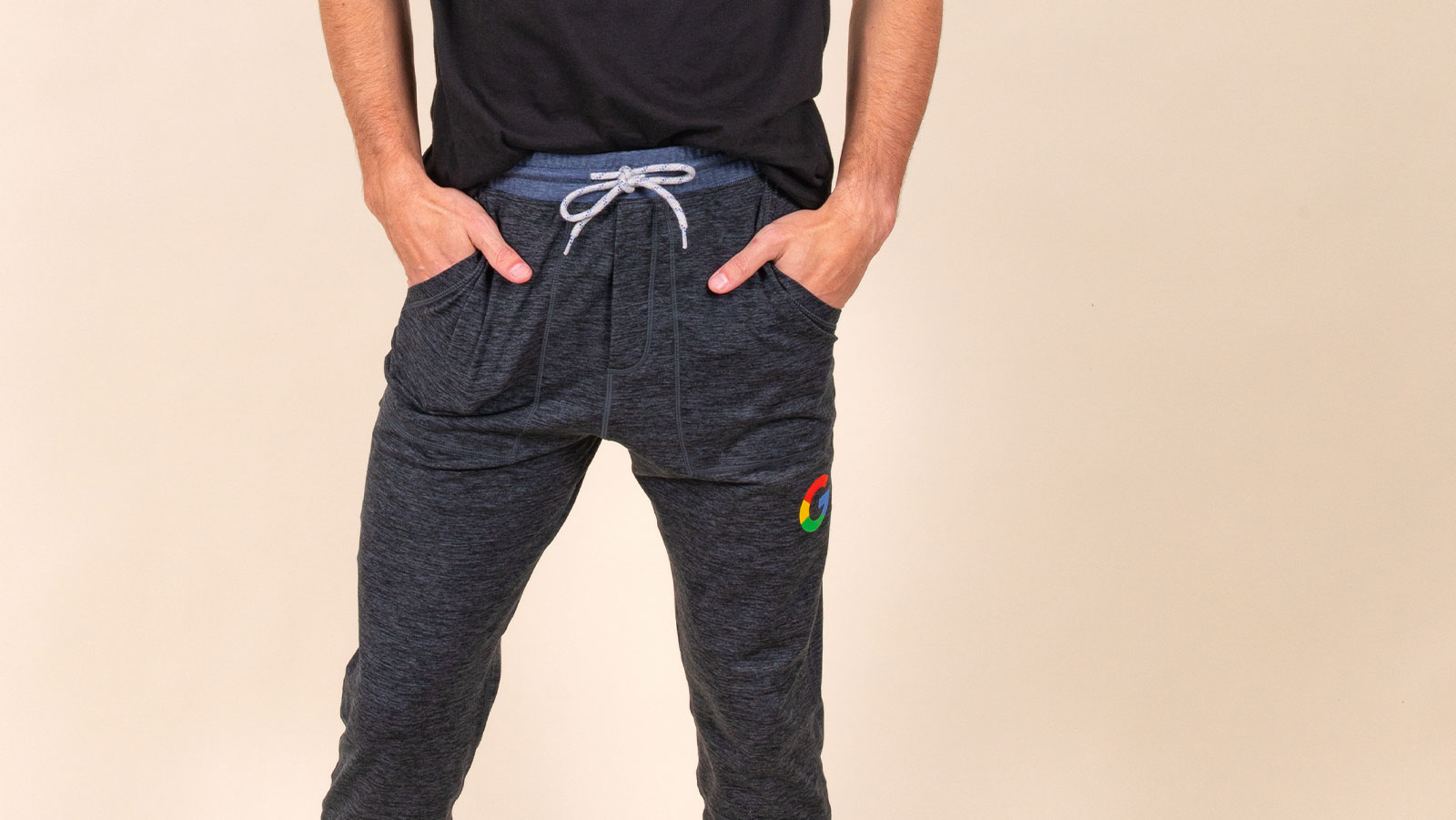 How Much Do Custom Joggers Cost?