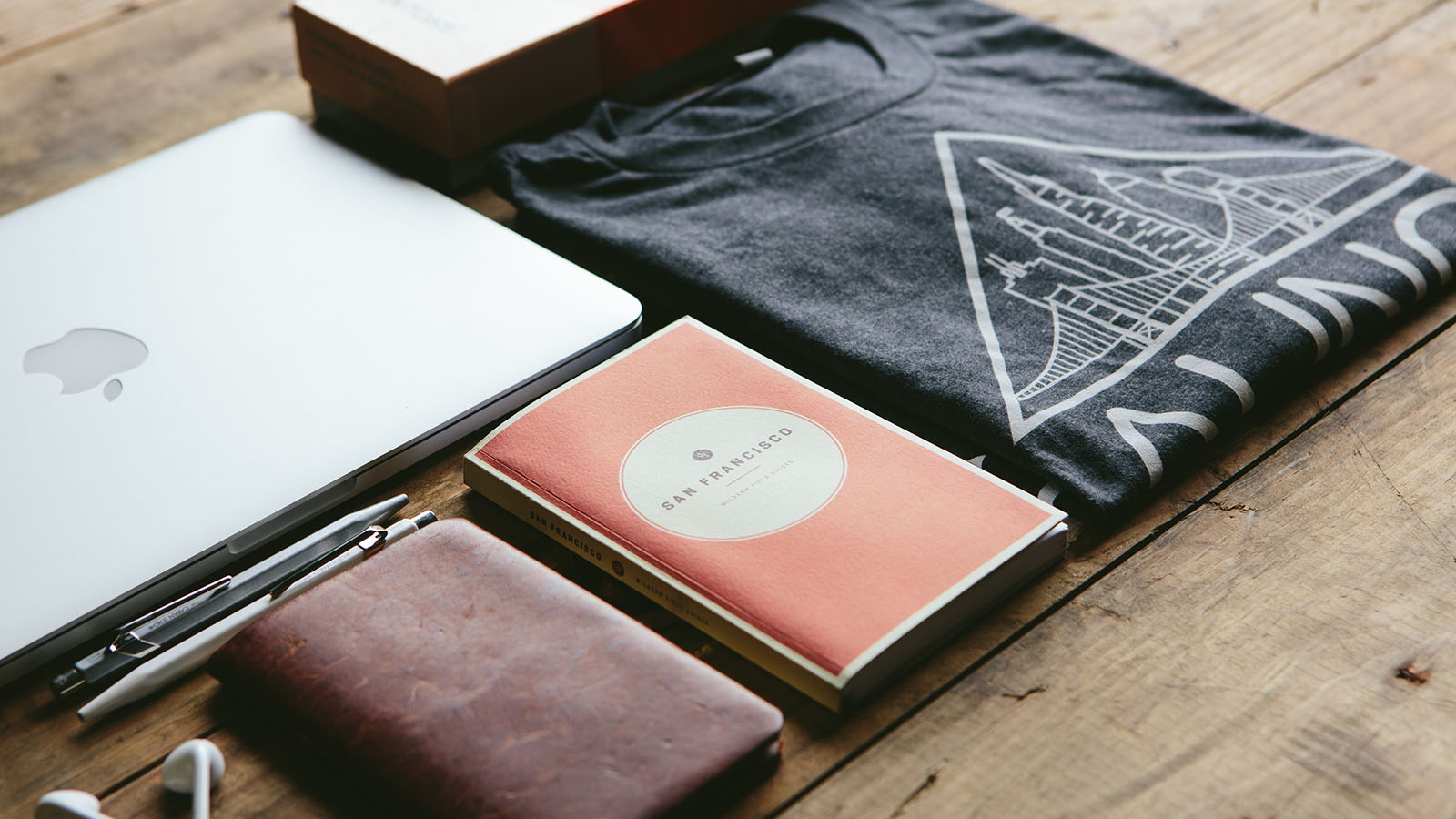 How to make a company t-shirt that people actually want to wear.

If you’re short of key rings, key fobs, low-capacity USB devices, pens, helium balloons, baseball caps and paperweights, you could buy your own. Or, you could attend any conference or business event and take your pick.

Attendees at conferences are routinely offered dozens of bags of swag - branded freebies, given away in the hope of gaining some brand recognition when you drink from their cup or wear their flip-flops.

The trouble is that much of what’s given away isn’t useful or fun, which means it doesn’t generate much recognition. People leave it in the hotel room, the airport, the conference center or the trashcan. When swag is a lowest-common-denominator way to put something with a logo on it in your hand, it doesn’t work. (Does anything built around that approach ever work?)

If your logo’s on a 128Mb flash drive in someone’s desk drawer, what have you really gained?

On the other hand, there’s swag that does work. If the one-inch-square sticky note pad is the bottom of the swag heap - what’s at the top?

Unquestionably, the T-shirt is the king of swag.

‘At South by Southwest,’ says Cameron Herald, ‘startups have even been known to pay people to wear their T-shirts and walk around the venue.’

Sujan Patel thinks T-shirt swag marketing works - and he has nearly a million dollars to back him up, generated by giving away free T-shirts.

T-shirts score in a couple of important ways. One, they’re useful. I run out of T-shirts to wear about 100% more often than I find myself short of paperweights. Two, they’re pleasurable. Around $2bn worth of T-shirts are sold worldwide every year; and we buy them, as Sarah Coles points out, not because we need something to wear, but ‘because we have something to say.’

There isn’t another swag item that taps into that. Other swag can put your brand on people’s kitchen table or in their hand; T-shirts can put your words in their mouth.

‘Done properly,’ Joshua Baer explains, ‘one shirt can deliver tens of thousands of impressions worth thousands of dollars.’

Cool. But ‘done poorly,’ he cautions, ‘they will just get thrown in the trash and never worn — worth pretty much zero.’

So we better get it right.

Begin with finding branding and messaging that’s going to rattle right with the intended audience. The success or failure of a T-shirt swag campaign depends on creating a design that people actually want to wear. It doesn’t have to be complex or clever. Email biz ActionRocket’s super-simple T is working for Adam:

That’s perfect: he likes it so much he’s tweeting it out!

Plain isn’t the only way to do it. ActionRocket’s whole thing is being #emailgeeks: the hero statement on their website is a stat. A dark color, a simple statement and bold self-identifying as an authentic member of Geekdom is spot on for their brand. But there are other ways. You could go for a pun, for instance:

Loving the new swag from @ShoeFitts marketing; look on and envy my "Life's a Pitch" t-shirt, people. pic.twitter.com/UbFrpoJ0UE

Again, if it’s getting tweeted about, it’s probably ahead of the game.

The most effective designs are those that resonate with the identity and values of the people who are receiving the t-shirts. Remember, it’s a message, not a garment: if you can figure out statements your audience is pleased to stand behind, you’re on a winner.

Apparently, if you look carefully, you can see ‘SXSW 2014’ in the binary code in the central star.

You know you’ve nailed design if you give shirts away at an event on Thursday and see people wearing it on Friday. Perhaps the most impressive success in this field is InVision’s swag T-shirt (As a note, we print shirts for Invision). Eschewing their logo for a design that speaks directly to their brand values, InVision created this:

One of the things it made possible was an ecommerce store devoted to selling the shirt, when demand massively outstripped supply. Swag is free advertising. Advertising that you actually get paid for? That’s a win.

How to do that?

Let’s start with events like conferences. Swag bags are a regular feature of conferences - so much so that sales tech company Datanyze picked up and donated more than 300lb of unwanted swag during 2016’s DreamForce conference.

If your stuff is getting donated, it’s helping someone - but it’s not helping you. Similarly if it’s winding up in the trash or getting left in hotel rooms.

Start with the bag. Make it stylish, make it something you might actually want to be seen carrying yourself, and don’t pepper it with logos and slogans.

Instead, use the same rules that you’d use to design the shirt.

Remember that you’ll be competing with basically everyone else at that conference to palm off your potentially-unwanted swag on people.

If you give them a cool T-shirt and a pair of matching socks, like ShoeFitts did, you’ll probably win out over the eighth-of-an-inch sticky note pads, branded pens and other useless gimmickry that’s still unaccountably popular with brands. Never have I wished for a free key fob bearing the name of a company I never heard of, but a free T-shirt is value: cash on the barrel head. Exploit this in imaginative ways to leverage budget and differentiate your swag from the background haze.

Consider offering some benefit for actually wearing the shirt at the conference too: BlogDash’s David Spinks got more mileage out of 20 shirts at 2011’s SXSW than you’d think was possible, by giving them to friends who promised to wear them at least one day of the trip.

Try offering shirts to anyone who signs up or installs your app or otherwise converts. Wait till they become a customer if you want, but dropping a shirt on them when they’re still a maybe positions your brand as generous, successful and welcoming, stimulating reciprocity and generating positive feelings.

It’s working for New Relic: They started out giving shirts away to anyone who signed up. If you want one, go here. They look like this:

New Relic explicitly say’s they’re using T-shirts as an incentive to get people who should be using their tool over the ‘hump.’ ‘So far,’ writes New Relic’s Patrick Moran, ‘we’ve given a few hundred of these incentives away, and we’re not going to stop.’

Using T-shirt giveaways as incentives or collateral works for Inbound.org, who offered free T-shirts to anyone who would refer five friends to the site.

Alternatively, try the opposite: just give it away, already. Coca-cola is making this work (but then, they can afford to): free T-shirt machines in London’s transportation hubs ask for a selfie hashtagged #choosehappiness in return.

Closer to home, Sujan Patel attributes $980,000 in revenue to T-shirt giveaways. Those T-shirts propelled Single Grain dramatically, though there was no complex strategy. ‘I told these people – “I don’t care whether you wear them or wash your car with them, just take a few shirts”,’ Patel told people. ‘I even donated a few to the Salvation Army.’

Picking the right strategy here is largely a matter of budget: if you have money to spend on giving away large amounts of swag the pay-of is obviously real. If you’re running a startup on a shoestring, can 20 shirts make a difference? Ask David Spinks.

Marketing using swag does involve costs. And it’s more effective when you dedicate enough time, effort and, yes, budget, to create a shirt and campaign that will actually appeal to people and make them want to wear it. But when you do, the results can be impressive. 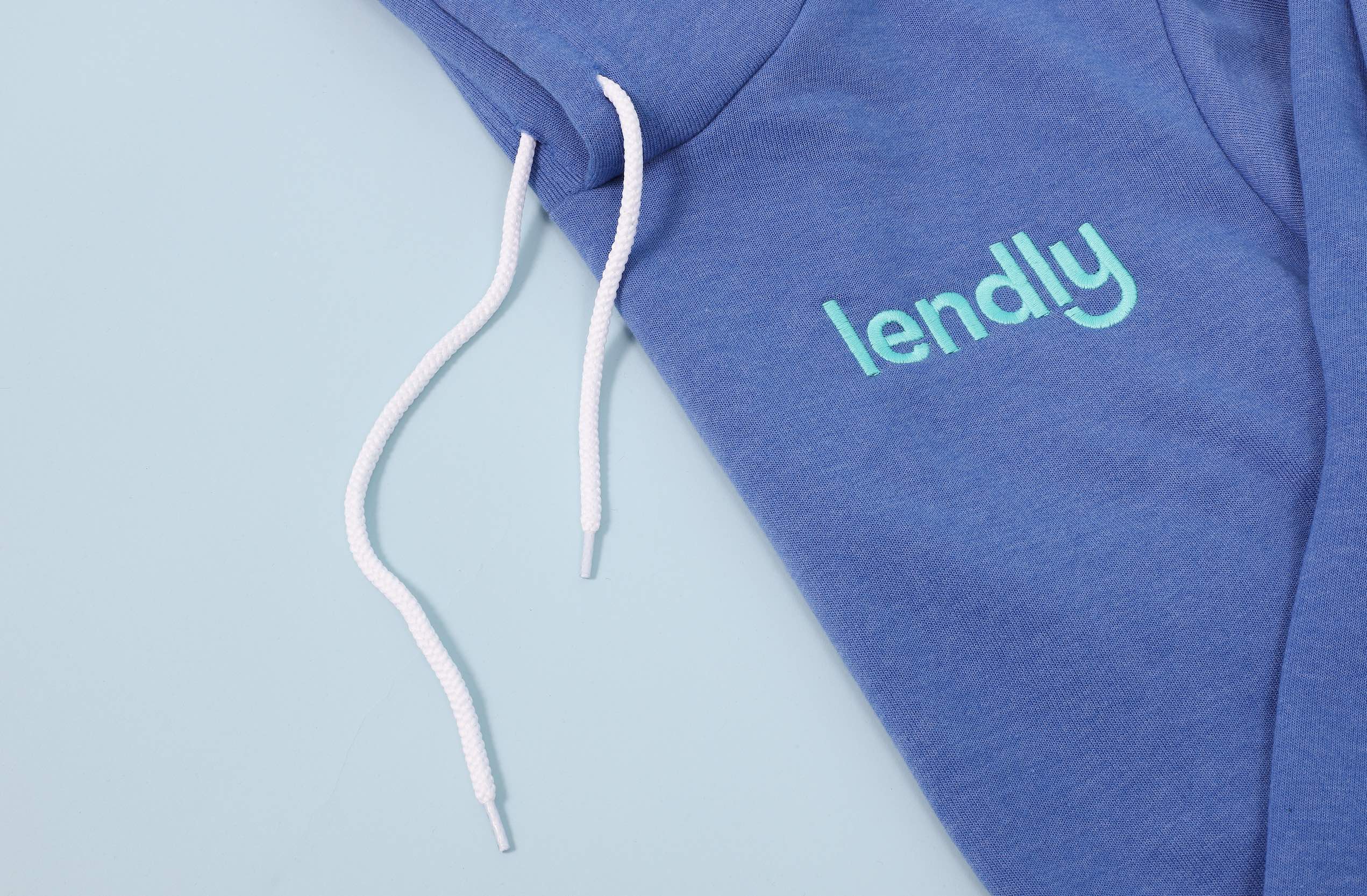 How does custom embroidery work? 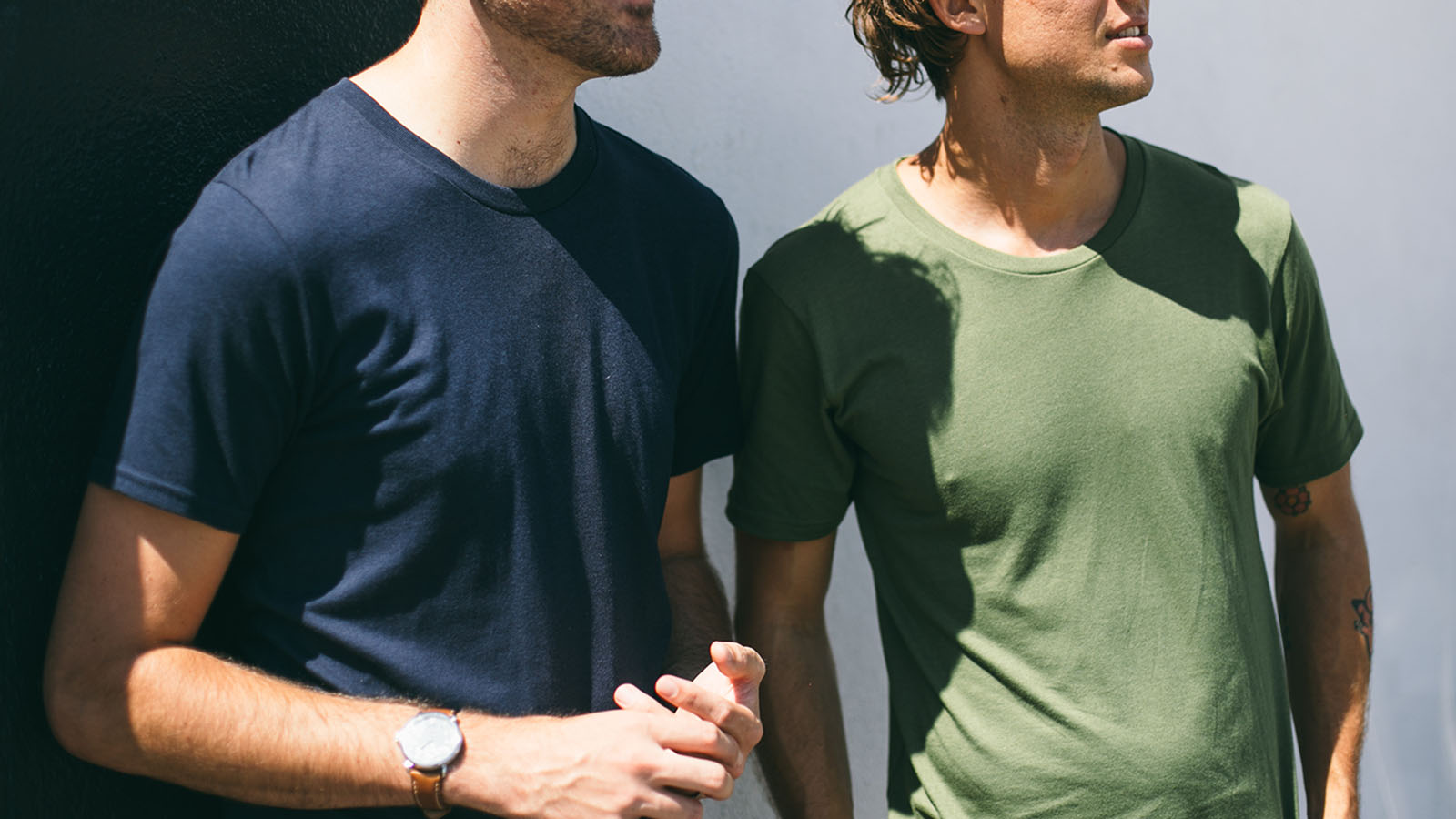 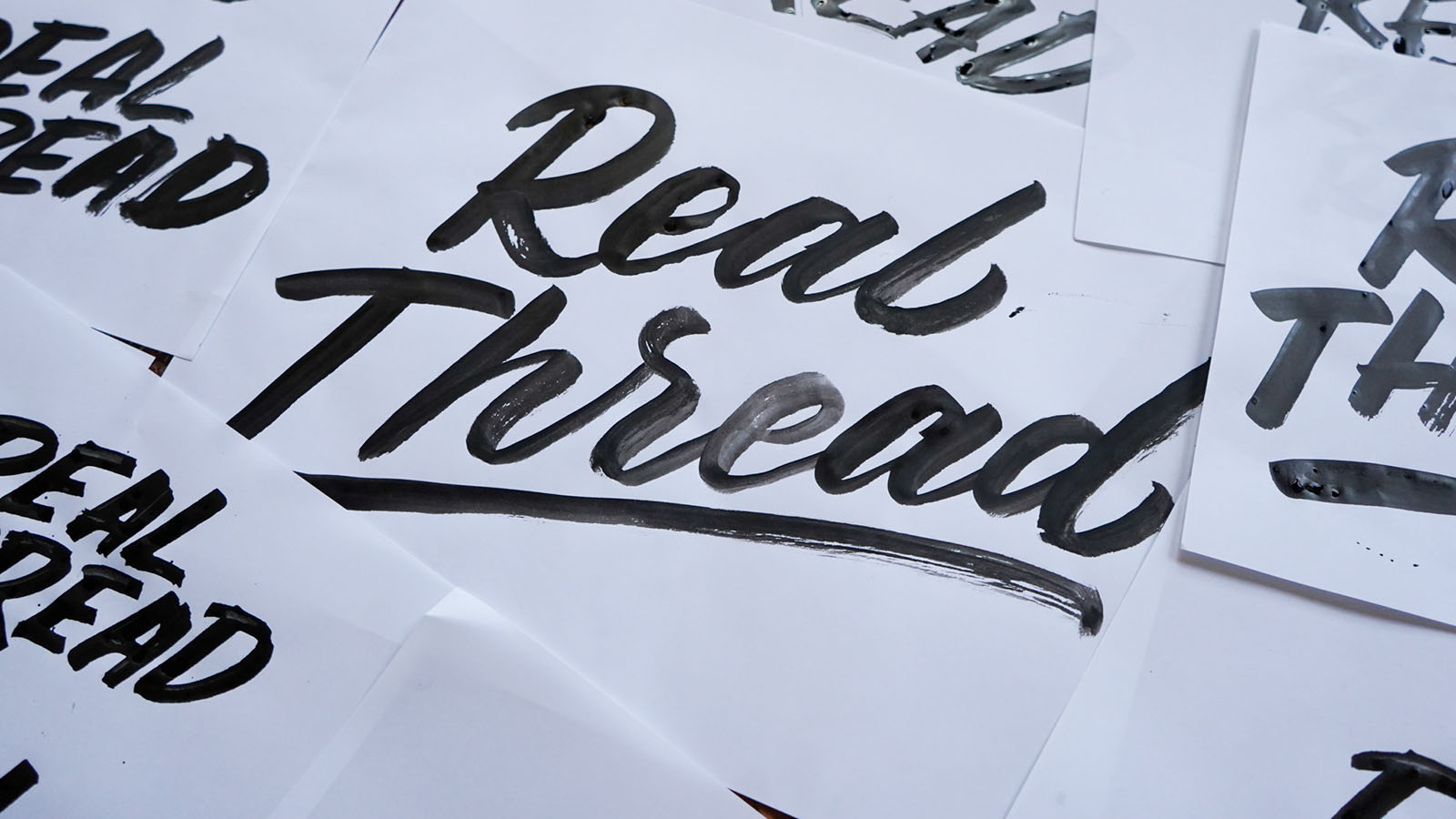