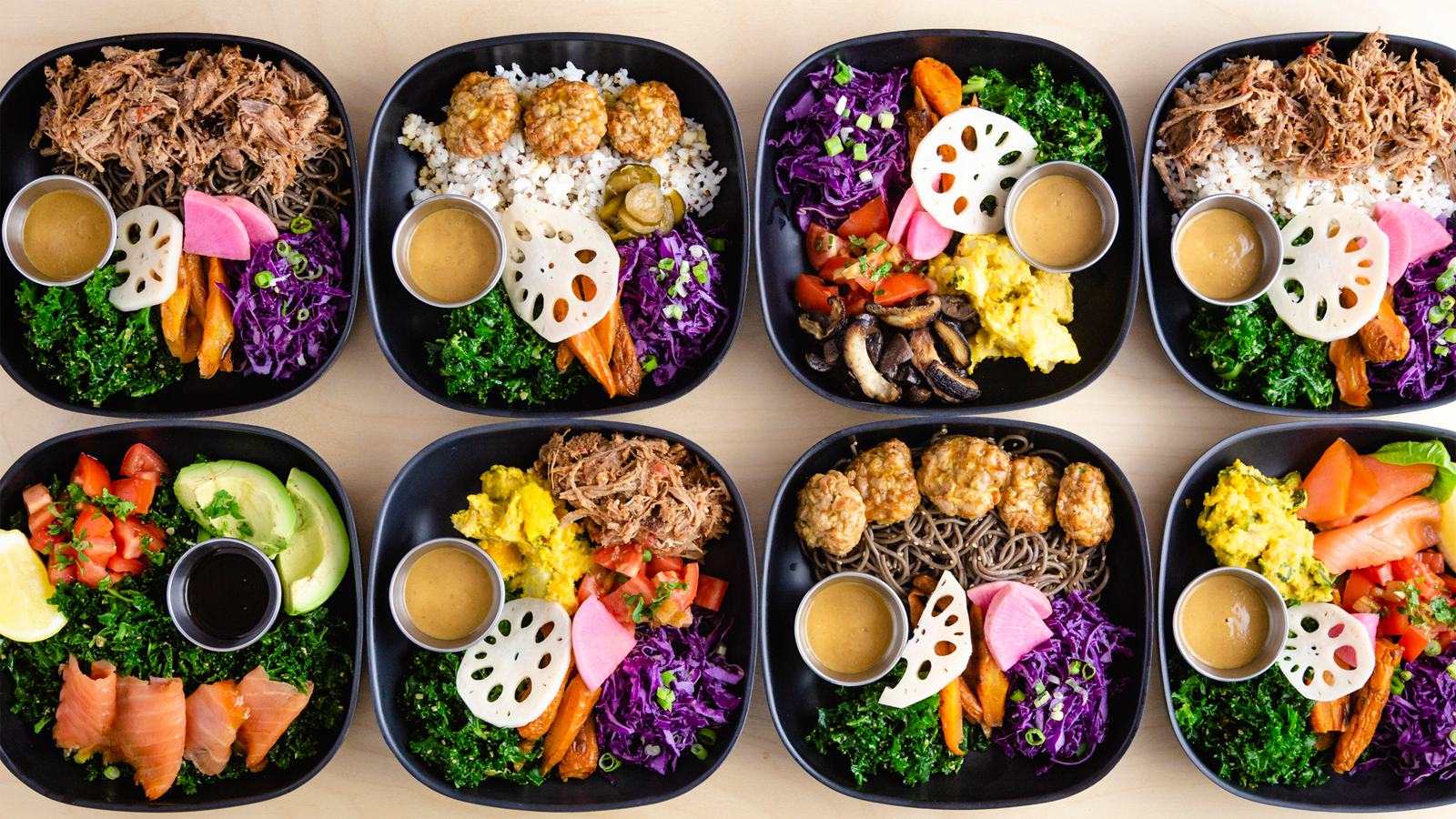 How a restaurant turned to their customers to raise money selling t-shirts for furloughed employees.

COVID-19 has shaken many industries, especially restaurants. With very little notice to prepare, many restaurant and catering owners had to make quick decisions regarding their operations. Even if they were to remain open for curbside and/or delivery, the outcome seemed bleak.

Across the nation, chefs, servers, bartenders and more were either laid off or furloughed indefinitely. According to Restaurant.org, “more than 8 million restaurant employees have been laid off or furloughed, and the industry will have lost $80 billion in sales by the end of April.” In response, many restaurant owners stepped up to help employees as much as possible during this difficult time.

Health-forward Japanese cafe, Bento Picnic, was one of these restaurants. After losing thousands of catering dollars when local events shut down, Bento Picnic had to make a tough decision to close their doors temporarily. That’s when they turned to their customers and supporters to raise money for their furloughed employees using custom branded t-shirts.

What is Bento Picnic?

At Bento Picnic, our speciality is boxed lunches. We run a small cafe just east of downtown Austin, as well as a grab & go kiosk inside a nearby gym, and we do a lot of corporate catering.

How has the Covid-19 pandemic affected Bento Picnic? ‍

When SXSW was cancelled on March 6, we lost thousands of dollars of catering orders. Since then, every single event that was on our catering calendar between now and July cancelled.

On March 16, the gym where we operated our grab + go kiosk closed.

On March 17, our mayor ordered restaurants to close their dining rooms to the public until May 1.

In less than two weeks, our three most significant revenue streams dissipated.

Unable to continue operating on a fraction of prior sales volume, I made the difficult decision to temporarily close my restaurant.

How did it feel when you had to tell customers and staff that Bento Picnic would be temporarily closing?

How did you all make a decision to launch a Campaign with Real Thread selling t-shirts?

I received Real Thread’s email about the opportunity to sell t-shirts through the Campaign program on the day that we decided to close temporarily, so the timing was perfect. Many of our customers were asking for a way to support us during this time, and the campaign created an easy way for them to do that and get something in return!

You all did a fantastic job stating a goal for your Campaign 👉“Our goal is to sell 200 shirts in two weeks!" How did you come up with that number?

200 shirts was a big goal for us, and I am so amazed that we were able to reach it! By meeting that goal, we received the maximum amount per t-shirt, and we were able to put over $2500 into our furloughed employee fund.

“By meeting that goal, we received the maximum amount per t-shirt, and we were able to put over $2500 into our furloughed employee fund.”

‍Bento Picnic sold over 200+ shirts! What did you all do with the profit generated from the campaign?

100% of the proceeds went to provide stipends for my furloughed staff.

How did you get the word out about your Campaign?

We spread the word on email, social media, and we put a link in our bio. I found the posts that were most effective at driving sales were the video posts.

The first video you recorded and shared was so heartfelt. We got to hear the passion and emotion behind why you all were running a t-shirt Campaign. The last time I checked the video got over 1000 plays! Why did you decide to record and share a video? How did that play a pivotal role in the success of reaching your goal? Did you do any other videos?

I made a video to launch the campaign because I wanted to connect with people. I own a restaurant so usually I get to talk to people throughout the course of the day, but with social distancing in place, I used the video platform on Instagram and Facebook instead. I think that when people get a chance to hear personally about a cause that you are championing, and why it’s important to you, it really clicks!

I did make one more video when we were at 75% of our goal just 2 before the end of the campaign. That second video helped to revive the campaign and we ended up exceeding our goal!

We saw that Bento Picnic was able to re-open for curbside and delivery (YAY 🥳) and launched a new wine shop! What decisions have you made/are you making to keep moving forward?

What’s one piece of advice you’d share to other restaurant owners thinking about selling t-shirts to raise money?

Real Thread made every step of the process so fluid and easy. I would recommend any business owners looking to raise money by selling t-shirts to work with Real Thread. Also, I’ve received about a dozen requests from stragglers who wanted to buy a shirt after the campaign ended, so I’d recommend having additional inventory for sale after the campaign ends, you can still continue selling!

"I’d recommend having additional inventory for sale after the campaign ends, you can still continue selling!"

Because we ♥️ designers, who designed your t-shirt and where did the inspiration come from?
The talented Corey Carbo (@coreycarbo_studio) designed our shirt. She works at a small design studio called Arts & Rec two doors down from our restaurant. And what makes it even more special is that the kitty in the design is Corey’s illustration of my own cat, Abel.

Start Your Own Campaign ‍

If you’re looking for a way to raise money for your business or employees during this difficult time, check out Campaigns. It’s an easy, risk-free way for you to profit from selling t-shirts online, giving your customers and community a way to support you and/or your business. Get started by filling out the form or reaching out to team@realthread.com.

However, if you’re in the process of reopening your business, make sure to download our COVID-19 business reopening checklist or head over to restaurant.org for more resources. They offer guidance and information on navigating the new dining landscape.

Sheryl is our (fully-remote) Events and Partnerships Manager here at Real Thread. She lives outside of Philadelphia with her husband, Joey, who's also on our team as an Account Manager. 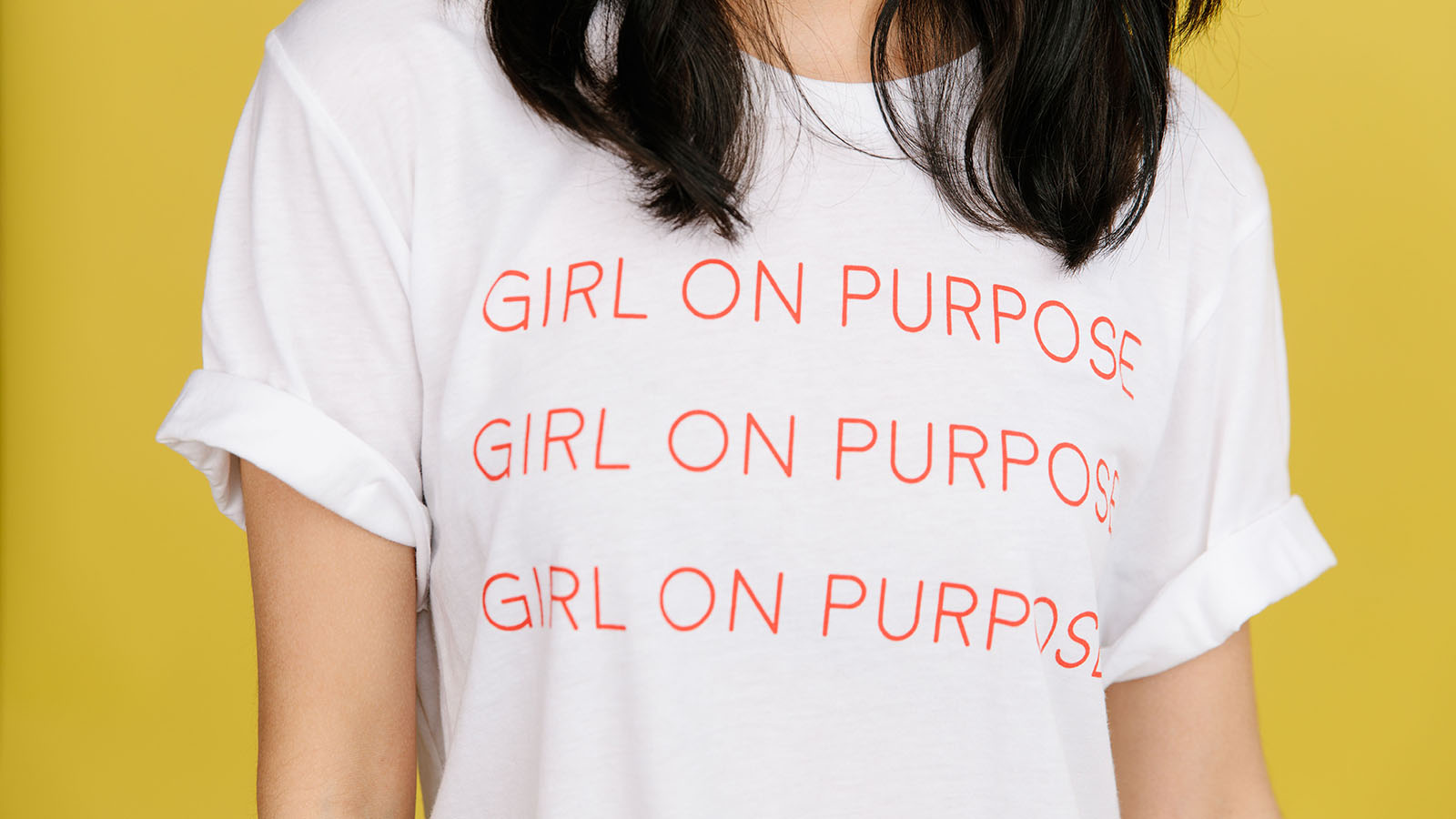 History of the T-Shirt

Read about the epic, rebellious, and ongoing history of your favorite garment: the t-shirt.
T-Shirt Trends
6
min read 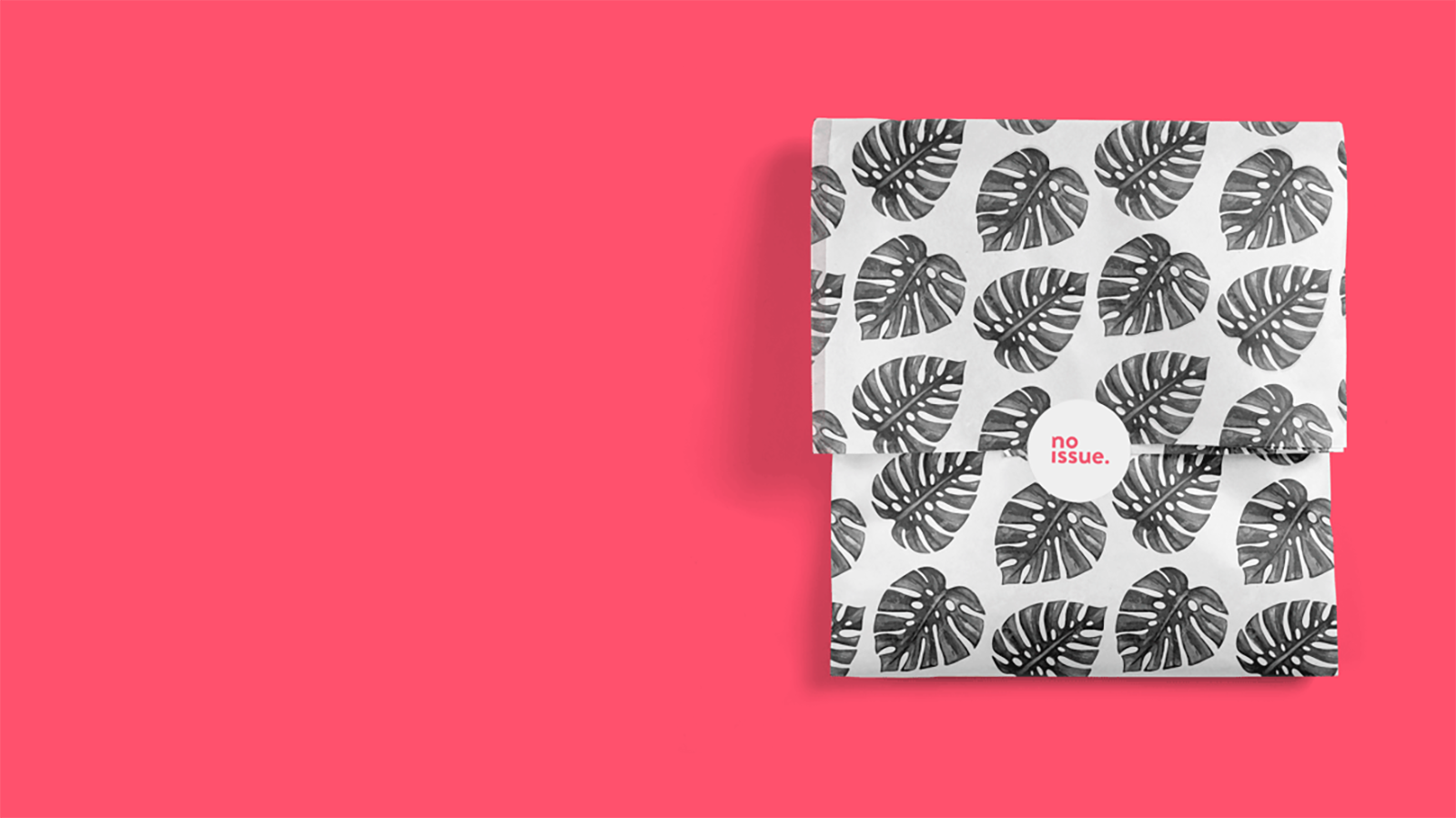 Why Sustainable Packaging is a Major Win For Your Brand

See the massive benefits for your brand (and the environment) to go eco-friendly with packaging.
eCommerce
7
min read 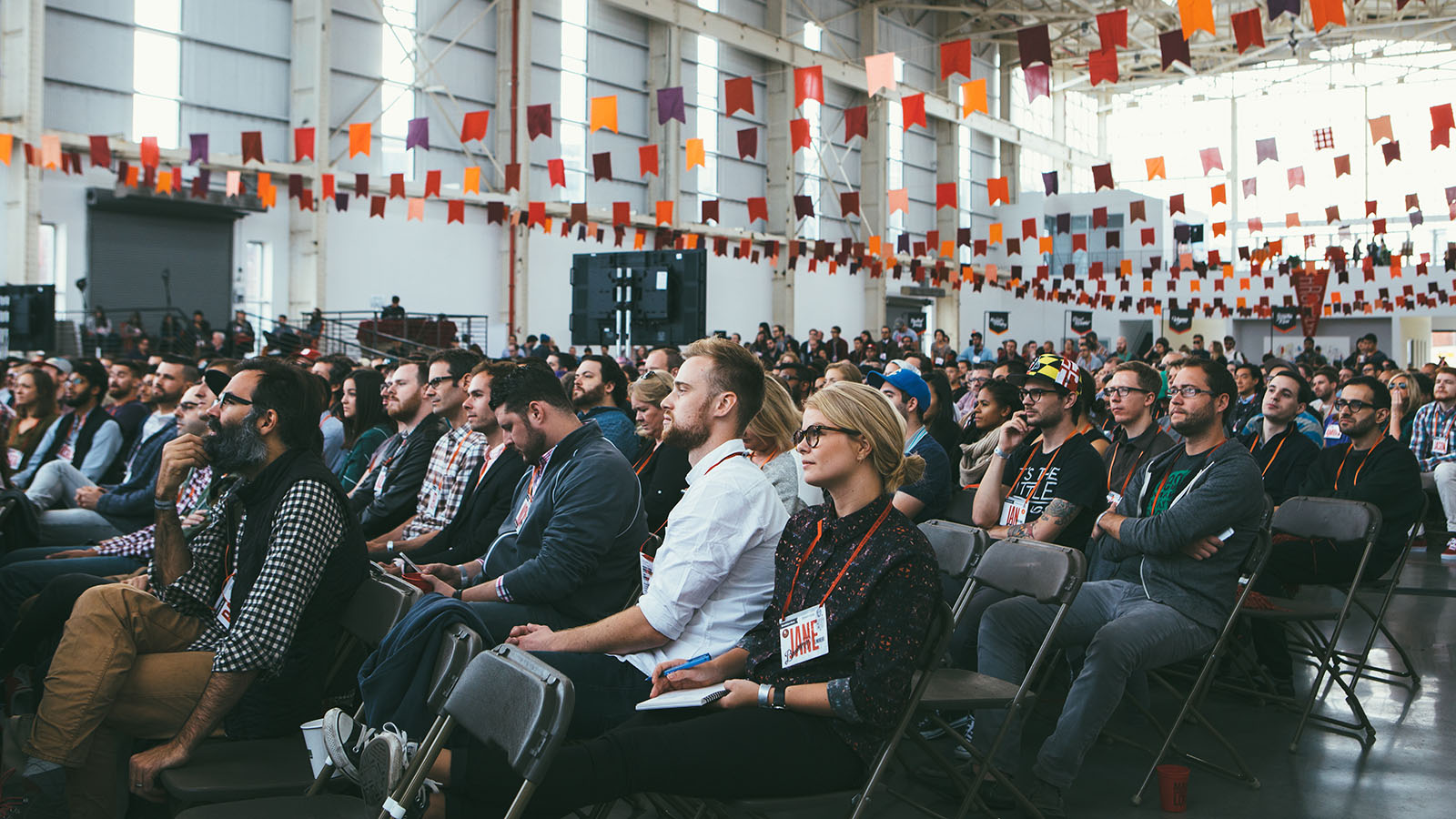 The 17 Best Design & Creativity Conferences to Attend in 2020

Get the rundown on which design conferences you should attend this year.
Design
4
min read